Hemp is one key to cleaning the Earth.

A grassroots organization cultivating hemp as a tool for phytoremediation around the world.

WARNING HEMP HAS BEEN INFILTRATED 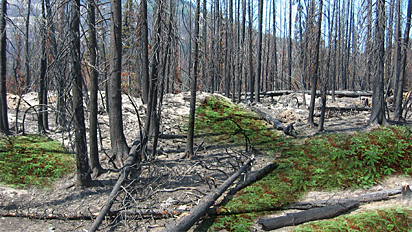 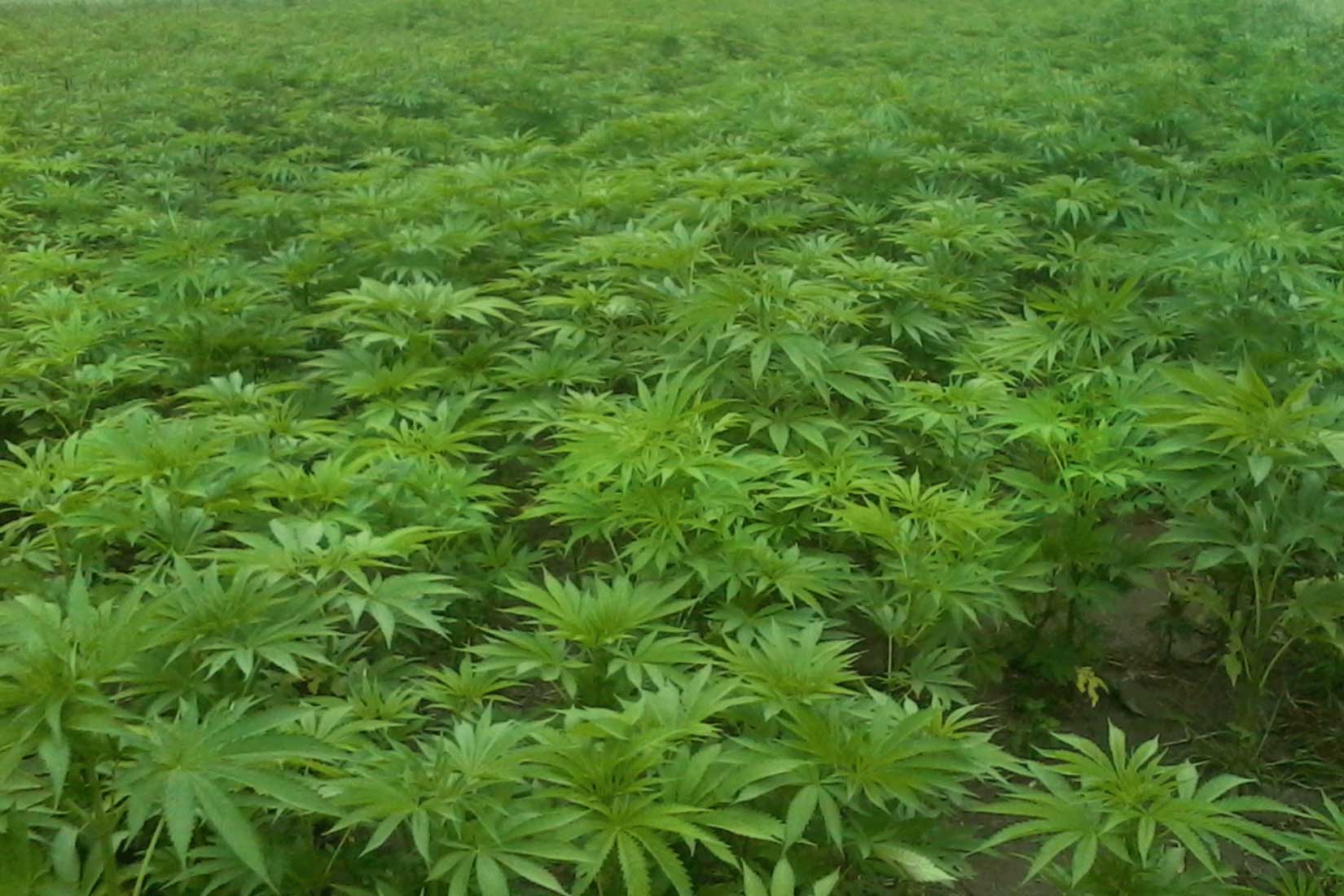 Since passing legislation in 2012 for Colorado´s step into legal farming of hemp, the opportunities that we are seeing are impressive, and the best is still in front of us.
Decortication processing infrastructure used to exist in the United States, but has since moved overseas; however, with all the changes to manufacturing, international relationships and access to material, there is a vast opportunity for ground level access to a new and technologically advanced infrastructure providing jobs for skilled labor.
HC is able to provide a guide to processed and finished materials for use as clean environmentally cooperative filters, building materials, petroleum absorbents, and more, while remediating damaged soils and water.
Contact Us

Hemp Has Been Infiltrated

The History Is Clear

Hemp is the real source of energy, materials, medicine, and food… The Petroleum & Pharmaceutical industries have fooled us all for over one hundred years. What you know in the public realm of information is false and full of manipulation and lies.

From over 25 years of experience, research, and investigation.

Since the years before 1914 and WWI, farmers in the USA were growing “hemp” in exchange for US dollars. This should shock you and if it doesn’t, keep reading and researching.

The petrol-dollar was created to take away our wealth and value, while destroying our ability to maintain our wealth of the united States of America. (View the title of the Constitution of the u.S.A)

Industrial hemp is the most important agricultural plant in world history, it is the antidote to the false narrative from the massive corporate food, medicine and petrol-oil industry (Industry today, is an evil empire and death cult).

HOW IS HEMP BANNED? (It really isn’t.)

Many people point out how hemp makes more usable material than wood, the bigger value is that it doesn’t require the use of extremely caustic chemicals to process into paper, fabric, food, or building materials.

One acre of hemp produces as much oxygen as 25 acres of forest.

Again, one acre of hemp can produce as much paper as 4 acres of trees.

Hemp is an annual plant and grows in 4 months, making it usable right away. Trees take 20-50 years to mature to where they are usable.

Clean-up from the disasters of the extremely damaging petroleum industry.

Cannabis is excellent at sequestering heavy metal radiation and thus containing its dangers.

Cannabis grows in almost every place in the world and is efficient in its water use. When Cannabis is grown in living soils, it naturally will keep insects away and thus there is no need for pesticides or artificial chemicals.

When we go back to using natural farming practices, things like hemp textiles could be made without any need for a pesticide industry.

Early fabrics made from hemp were called “Kanvas or canvas,” some of the first manufactured jeans were made with canvas hemp. Research done in Asia demonstrates that by wearing hemp a person will be healthier in their daily lives, because the hemp fiber destroys the cellular structure of bacteria.

Hemp is also an ideal plant for producing rot resistant ropes, archival papers, durable building materials, and other common items in our lives.

Medicinally for your health

The whole plant also reduces the effects of chemotherapy and radiation in Cancer treatment and AIDS. It has been used consistently in at least 250 diseases such as rheumatism, heart, epilepsy, asthma, stomach, insomnia, psychology and for spinal stiffness.

The protein (globular protein) value of hemp seeds (30%) and the leaves (20%) is very high and contains all the essential fatty acids our bodies need to thrive.

Hemp is even cheaper to produce than soy.

Animals have been fed by cannabis and as a result, they don’t need hormonal supplements.

Most plastic products can be made with hemp lignin.

Cars have been made with hemp since before 1941 and
f the body of a car is made of hemp, it will be 10 times stronger than steel.

It can also be used to insulate buildings; it is durable, cheap and flexible.

Soaps and cosmetics made with hemp seed oil will not contaminate water, so they are totally environmentally friendly.

Today, the fake government puts people in prison for growing Cannabis which is Unconstitutional and simply for the benefits of slavery. The actual history of the USA shows that WE made horticultural production mandatory to the security of our country.

William Randolph Hearst, a violent man, owned wood paper manufacturing, media corporations of newspapers, magazines and other media in the United States in the 1900s.

The Atlantic reports that Hearst not only viciously attacked Roosevelt as an anti-American Communist in his propaganda filled newspapers, he also published articles by Adolph Hitler. This earned him scorn and hatred from the public and rightly so.

They had forests and made paper. If paper was made with hemp, WE THE PEOPLE would have gained huge wealth in the USA.

Rockefeller fooled us with petroleum based medicine and used his wealth to destroy our foundations of health.

was the richest man in the world; had an oil company. Biofuel, hemp oil, was of course his biggest enemy.

Andrew Mellon was one of the longest-serving U.S. Treasury Secretaries, along with prominent members in the judicial, banking, financial, business, and political professions, as well as a famous recluse. He and others conspired to control Americas money

Andrew W. Mellon served as secretary of the Treasury from March 4, 1921, to February 12, 1932. Under the provisions of the original Federal Reserve Act, this meant he was also ex-officio chairman of the Federal Reserve Board.

Remarkably, despite the fact that the Federal Reserve had been founded to mitigate financial panics and of which was a manipulative lie, the central bank made essentially no effort to prevent the wave of bank failures that paralyzed the financial system at the start of 1930s.

Indeed, the Treasury Secretary at the time, Andrew Mellon, believed in the tonic effects of weeding out weak banks and famously advised President Herbert Hoover, “Liquidate labor, liquidate stocks, liquidate the farmers, liquidate real estate … It will purge the rottenness out of the system.”1

Mellon was also one of the leading shareholders in the DuPont company and had a patent to manufacture plastics from oil products. And the cannabis industry threatened its market.

Mellon later became President Hoover’s Secretary of the Treasury. Those big names we were talking about decided in their meetings that cannabis was the enemy, and they removed it. Through the media, they engraved marijuana into people’s brains as a toxic drug, along with the word marijuana.

Cannabis medicines were stolen from us all and removed from the market, replaced by the chemical drugs used today, which are making people sick, weak, depleting their nutrition, and killing people with the secondary effects.

Forests are cut down to produce paper and feed lots for the concrete cattle industry, not for healthy naturally fed free range animals.

Man made bio-weaponized plagues poisoning people and cancer causing parasites are on the rise, due to poor nutrition, caused by the food processing industry removing good nutritional vitamins and minerals from our food. This has created the illusion of food which is replaced with plastic and chemicals, NOT FOOD.

And then we fill our world with waste, harmful and destructive waste…

In your lifetime, you have witnessed the theft of nature while the enemy has convinced you that they are doing good with words like “Green, Sustainable, efficient, etc.,” NONE of this is good, NONE OF IT!

We choose to THRIVE, not just sustain life. We choose the spectrum of colors, not just GREEN, which has been hijacked for commercialization and industrialization, NOT ONE HEALTHY HUMAN NEEDS THEIR CHEMICALS!

Basically, the industries of today have convinced YOU that you are clean if you wash yourself in shit, why do YOU keep falling for the same tricks?

Dan, a Son of Jack Herer, the father of Cannabis information, would be rolling in his grave to know what one of his Son’s is doing to damage Cannabis once again. Dan didn’t like his father and is only trying to profit off of his fathers name. Dan is surrounded by evil people who have connections to the CIA and other nefarious and evil groups that want to destroy Cannabis for humanity.